The fact is that today, botox still has its uses far beyond mere aesthetics. It’s commonly associated with treatment for migraines (granted as a last resort) or to reduce oil production, which can lead to acne, to calm excessive sweating or even to treat spasticity movement disorders such as multiple sclerosis or cerebral palsy. All physical issues, and all understandable when you consider how a muscle relaxant works on your face.

But mood alteration? Of a product that doesn’t fit into the standard foil-wrapped-and-boxed category? The new thinking is that botox could treat anxiety and depression.

This would have revolutionary implications for understanding the causes of low mood, and indeed the treatment of depression or even anxiety. How often have we intuitively felt that if someone just tried to look happier, it might have a positive impact on their mood?

Could Botox treat anxiety, or depression?

It makes sense if you really think about it: you’ve heard that smiling has mental health benefits, but why? Smiling expression, for example, uses muscles that play a key role in how the brain evaluates mood. In other words, our facial expressions contribute to the way we feel. So just employing the same muscles that we subconsciously use to smile naturally can put us in a better mood.

So, what if you relax the muscles that you use when you’re feeling anxious or angry? Does it follow that you won’t feel the same emotional intensity of your bad mood?

Using the same muscles we use to smile naturally, can put us in a better mood.

Eric Finzi, professor of psychiatry at George Washington University conducted a controlled trial where patients, all diagnosed with depression and who had never had Botox (and were not specifically bothered by lines or wrinkles), were split into two groups. Some were treated with Botox and some with a placebo, injected into an area known as ‘the grief muscles’, which express sadness.

The conclusion? It is possible to influence mood just by restricting the face’s ability to frown.

The results were convincing enough that the maker of botox, Allergan, has moved the study of botox for depression into phase III clinical trials, the final phase for FDA approval in the USA. 💙 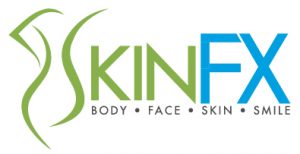 (778) 800-6220 BOOK CONSULTATION GET DIRECTIONS
Top Treatments
Our Locations
© 2019 SkinFX Canada. - All rights reserved.Results may vary based on the individual and are not guaranteed.
View Cancellation Policy.
0